Birth – What are the Philosophical Options?

Birth – What are the Philosophical Options?
By Carol Phillips D.C. back
Originally Printed in I.C.P.A. Newsletter January/February 1999

A woman’s body is exquisitely designed to conceive, nurture, and birth another human being. After conception, a woman and unborn child will unite in an oceanic blend of energy and identity… where one ends and the other begins no one knows.

A woman becomes a pa 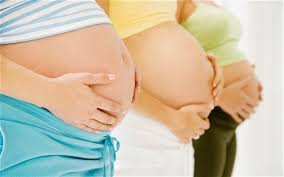 rent at the moment of conception. Every decision made from that moment on will affect her unborn child in some way. In order for her influence to have a positive affect, a woman must be prepared to make educated and informed decisions concerning the foods she will consume, the thoughts and images she will imprint on her baby’s developing brain, and the birth model she will embrace – technological, holistic, or humanistic. A female child spends her entire early life preparing for the possibility of motherhood so she can inadvertently make those decisions.

During childhood, a young girl learns to parent by example. She watches her mother and records subconsciously what she observes. Later, a teenage girl prepares her body for motherhood. Without her conscious knowledge, a teenager stores some of the nutrients she consumes to insure she has the building blocks to form a body for future children. For example, she must consume folic acid to prevent birth defects; essential fatty acids to build the central nervous system and peripheral nerves of a future embryo; and calcium for future fetal bone growth. Nature does its best to insure that a woman is prepared for parenting, but the forces of nature are not enough if she is not an active participant. Her body can not store what she does not consume. Consequently, we must educate our young girls early on about the concept of preparing their bodies for conception.

Conceiving and nurturing the unborn child are only two of the most important concepts we must teach future parents. Entrusted with the guardianship of a new life, a pregnant mother must also learn that all decisions surrounding her pregnancy, labor, and delivery should be based on knowledge and confidence rather than fear or impatience. Therefore, one of the most important concepts a parent must educate herself about is the birth model she will choose to adopt.
There are three basic philosophical models that a pregnant parent may choose from. The first and most commonly adopted is the technocratic model. In this paradigm, a parent accepts that the human body functions like a machine. Robbie Davis-Floyd in Birth As An American Rite of Passage demonstrates how this model, which is the foundation of modern obstetrics, views the female body as unpredictable and inherently defective. Consequently, it may malfunction at any time. The basic tenet of this model of birth holds that some degree of intervention is necessary in all births. Women who embrace the technocratic model enter the birthing room believing that science is there to take care of them and save them from the pain and anguish of childbirth.

On the opposite end of the spectrum is the holistic model. Within this paradigm of birth, the family is the significant social unit instead of the hospital. Under the holistic model, the human body is a living organism with its own innate wisdom, an energy field constantly responding to all other energy fields. Female physiological processes, including birth, are healthy and safe and need no medical intervention. Under this model, the mother’s mental and emotional attitudes affect her performance during birth, as do the beliefs and actions of the partner. It is almost impossible for a parent who adopts the holistic paradigm to deliver within the hospital environment because of the inherent institutional management of birth associated with the technocratic approach.

In-between these two diametrically opposed models of birth lie the humanistic model. When adopting this paradigm, a mother believes she is an individual and must be treated as such. She believes she has the right to promote shared decision-making and responsibility for all aspects of the birth process. This model views the parent holistically while remaining open to the use of technology if applied judiciously. When a pregnant parent adopts a humanistic model, she surrounds herself with loving people who are willing to assist her by walking with her, rubbing her back, helping her move in and out of the bath, holding her, encouraging her, and providing support for any decision she makes. Her birth may occur either in the home, a birthing center, or a hospital if she has a birth attendant who also adopts the humanistic model.

Before women can make decisions concerning which birth model best suits her own philosophical beliefs, she must know that she has several options. As a profession, we must educate ourselves and our patients about the two models that are most suited to our vitalistic belief system. If we all learn how to honor the inherent wisdom of women and developing newborns, we can have a positive impact on the mental, physical, and spiritual growth and development of the next generation.

This Sliding Bar can be switched on or off in theme options, and can take any widget you throw at it or even fill it with your custom HTML Code. Its perfect for grabbing the attention of your viewers. Choose between 1, 2, 3 or 4 columns, set the background color, widget divider color, activate transparency, a top border or fully disable it on desktop and mobile.

This Sliding Bar can be switched on or off in theme options, and can take any widget you throw at it or even fill it with your custom HTML Code. Its perfect for grabbing the attention of your viewers. Choose between 1, 2, 3 or 4 columns, set the background color, widget divider color, activate transparency, a top border or fully disable it on desktop and mobile.
Page load link
Go to Top