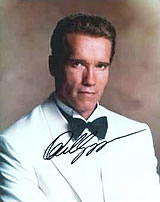 California chiropractors have a rare opportunity to elect a longtime chiropractic patient and supporter as the next governor of California. Faced with a recall election on October 7, California’s current governor, Gray Davis, is not expected to retain his position. Emerging from a long list of replacement candidates is Arnold Schwarzenegger, a chiropractic advocate and patient for more than 30 years.

Arnold has been the featured celebrity at the International Chiropractors Association’s (ICA’s) “Arnold Classic and Symposium” since it began in 1993.

Through the years, Arnold has had much to say about chiropractic:

“I am very fortunate to have, so to speak, my in-house chiropractor, Dr. Franco Colombu, as my own personal chiropractor. He adjusts my wife, my kids, me, everybody gets an adjustment. And we feel always great when Franco leaves. Even when I have athletic injuries, he’s always there for me and helps me. That’s why I always will be traveling…all over the world, talking highly about the profession of chiropractic. You chiropractic doctors are really miracle workers.”

“(Back in the 1970s) Franco would go very intensely to chiropractic college every day. He worked on me all the time. During the course of his education he got incredibly good with both the theoretical and the practical (aspects of adjusting) … every time I had an injury, I could call Franco … I would get an adjustment, three or four, and the problem would be gone. So you know, when you see that happening in your own body, that with chiropractic you will be 100 percent, it’s just fantastic.”

“I got a chiropractor to come along to the (Patriot) shoot, because they can actually stick you back together within 15 minutes. He used to come every other week, from Los Angeles to South Carolina – spend a week and work on the entire crew. All the stunt guys were like, Oh, fix my disc. He is putting their discs back in. The guy is amazing.”

Athletes have special needs and our office understands the specific nature and requirements needed to help you perform optimally.

Whether it’s during the season or in the off-season, Chiropractic care is becoming the competitive advantage that many athletes are now seeking.

When your body is in better alignment, your nervous system is finely tuned, all piston’s are firing!!!! This leads to better performance, fewer injuries and quicker recovery.

A research study conducted by Drs. Anthony Lauro and Brian Mouch, published in the journal of Chiropractic research and Clinical Investigation, 1991, indicated chiropractic care might improve athletic performance by as much as 16.7% over a two week period. The report also concluded that subluxation-free athletes react faster, coordinate better, execute fine movements with improved accuracy and precision, amounting to an overall better athlete.

“I’ve been going to the chiropractor for as long as I remember. It’s as important to my game as practicing my swing!” 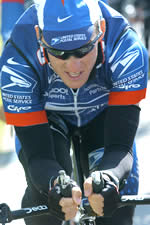 Seven Time Tour de France winner Lance Armstrong has been receiving chiropractic care since January of 1999, helping him to keep his body together for the harsh demands of the Tour de France. After last year’s Tour de France, Lance said that he could not have won without his chiropractor’s help.

Barry Bonds – The Most Valuable Player

Mastery of five skills – base running, fielding, throwing, hitting for average and hitting with power – is the standard of greatness in a baseball player, and San Francisco Giants outfielder Barry Bonds has reached that mark.

Generally regarded as the best player in the major leagues today, he has proven himself, year after year, by raising his level of play to that of the all-time greats of the game. With a recent contract extension, he is now, befitting his enormous talents, the highest-paid player in baseball. “I go to my chiropractor on a regular basis, because I want to prolong my career as long as possible,” he states. “I see him about once a week, in between my training (sessions). By getting an adjustment once a week from him, I feel I can sustain my career a lot longer.” 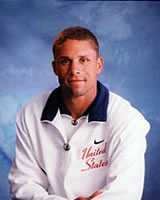 “If it were not for Chiropractic, I would not have won the gold medal.” 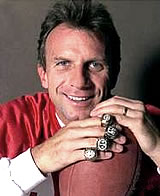 “Chiropractic care works for me.”

One of the most recognizable celebrity/athletes, holder of four Superbowl rings, three Superbowl MVP’s and Player of the Year in 1990 has just agreed to become the spokesperson for Chiropractic in the State of California. 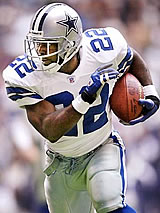 “Playing in a football game is like being in 30-40 car accidents.”

An article in the Fort Worth Star-Telegram explains it all started after the 1994 season when Smith endured a lot of hamstring problems and he began to ask himself some tough questions. “Do I need to get more rest? Do I need to eat better? Do I need a little more training? How can I take care of my body better? Do I need to find a chiropractor? It was time for me to invest in me,” Smith said. “I found a specialist that’s really good in balancing out my body to make sure my hips are rotated right, and my body is functioning properly. I remember somebody telling me that what I put myself in during the games is like having a car wreck every Sunday. It’s against the norm. You can find yourself in awkward positions. That stuff takes its toll. But if you take advantage of the health care, balance your body back out, put it back where it’s supposed to be, you function better, and you recover faster.” 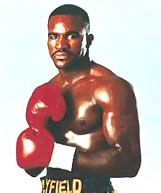 “I have to have an adjustment before I go into the ring. I do believe in chiropractic. I found that going to a chiropractor three times a week helps my performance. The majority of boxers go to get that edge.”

This Sliding Bar can be switched on or off in theme options, and can take any widget you throw at it or even fill it with your custom HTML Code. Its perfect for grabbing the attention of your viewers. Choose between 1, 2, 3 or 4 columns, set the background color, widget divider color, activate transparency, a top border or fully disable it on desktop and mobile.

This Sliding Bar can be switched on or off in theme options, and can take any widget you throw at it or even fill it with your custom HTML Code. Its perfect for grabbing the attention of your viewers. Choose between 1, 2, 3 or 4 columns, set the background color, widget divider color, activate transparency, a top border or fully disable it on desktop and mobile.
Page load link
Go to Top